No matter how much I eat, there is always room for dessert. It is a great shame though, because I think that so many restaurants in London are becoming exceedingly lazy when it comes to dessert. It’s as if someone has hit ctrl+c ctrl+v across the city as they all serve up some sort of disappointing mas-produced cake or a scoop of grainy ice cream. Throwing on a handful of flowers and colourful syrups will momentarily distract you, but look past this and you’re in for disappointment. All I ask for is something that makes me tingle when I take my first bite and leaves me desperate for another portion once I’ve taken my last. What follows then, is an attempt to channel my inner Gregg Wallace and review some of the finest desserts in London.

This dessert laughs in the face of everyone because it’s so simple yet so perfect. No foams and snows here, just a legit slice of cheesecake and a few cherries on the side. The base is crunchy but not so much that you’ll bend your fork trying to cut it. The filling is decadent and your body hates you for every additional bite you take but calories don’t count on the weekend. 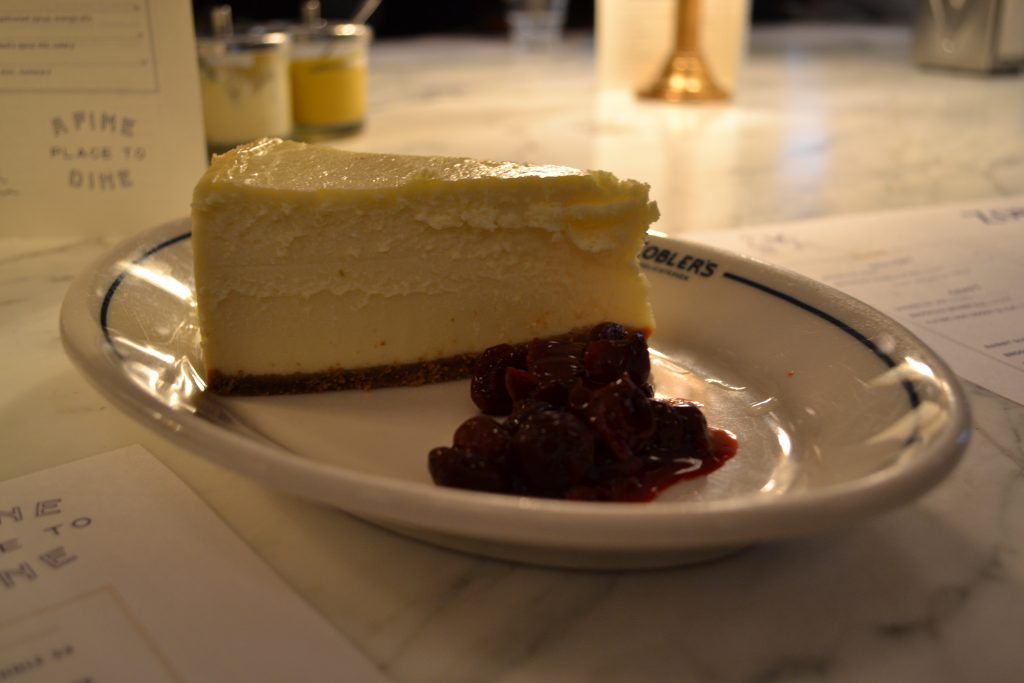 This dessert seems simple but choux pastry is not easy by any means. I can only assume the little golden buns are made in house and that is why they sit on this list. The casing has a little crunch but the inside is fluffy. Whipped cream gives way for a huge scoop of silky smooth pistachio ice cream (again homemade I assume). The three profiteroles are topped with a chocolate sauce so glossy that the hipsters of Notting Hill can use it to adjust their manbuns.

This one often goes under the radar because everyone loves the cookies with Frosties soft serve but you’d be a fool to ignore it. Shaped more like a dumpling on steroids rather than a piece of toast, it comes with tangy raspberries, a whole heap of clotted cream and a crumbling of speculoos over the top. Bear in mind though that if you want this dessert you’ll have to eat something savoury because as I was told, NAC is not a coffee shop. 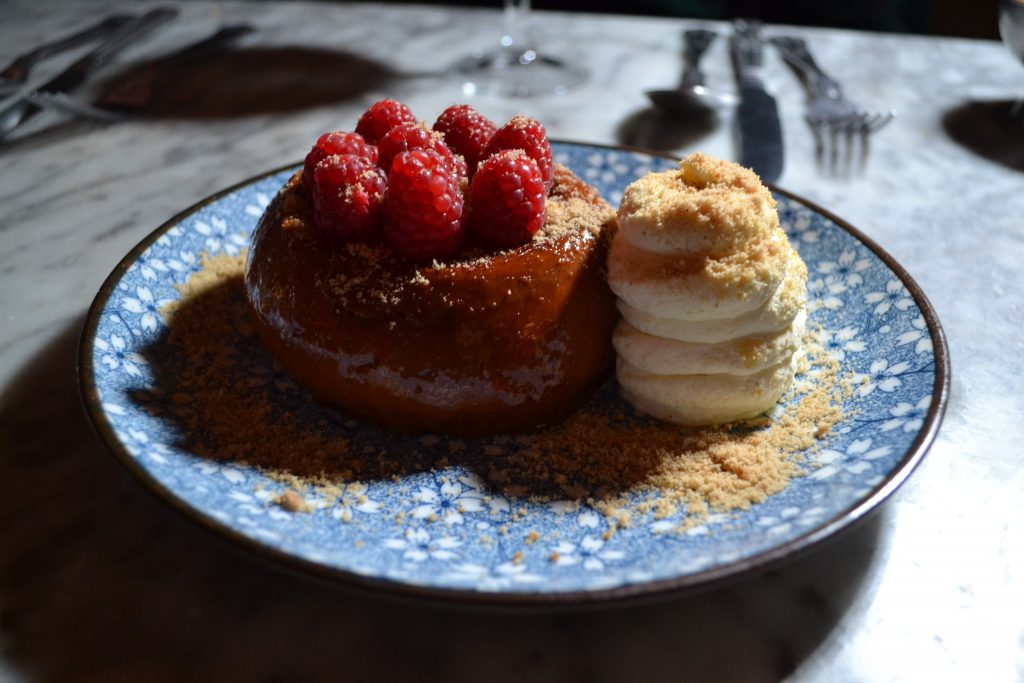 Should a simple cannolo make this list? Probably not, but every bite delivers something special. The shell is crispy but you won’t need to contact your dentist, the sheep milk ricotta is creamy and oozing out the edges and the pistachios provide a nutty sweetness. This dessert it testament to every item at Farina which provides traditional Italian dishes. You can just imagine an elderly Italian grandma tucking into this and shouting praise paired with exaggerated hand gestures. 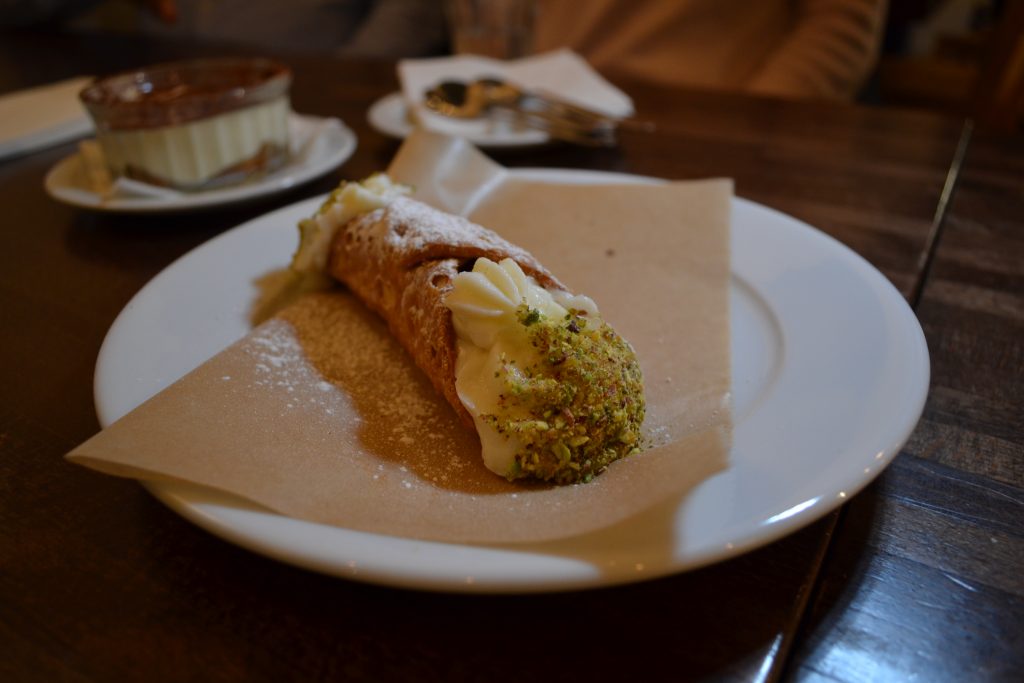 This is the best tiramisu in London. Now that is out the way, let’s discuss why. It is punchy with hits of coffee that perfectly counters all the sweetness. The whole thing sits on a sauce that admittedly means this dish isn’t your traditional tiramisu, but I don’t mind because it is a more than worthy addition to the plate. Even the cocoa powder sprinkled across the top plays a part and doesn’t make you cough like somebody suffering from a bout of acute bronchitis. 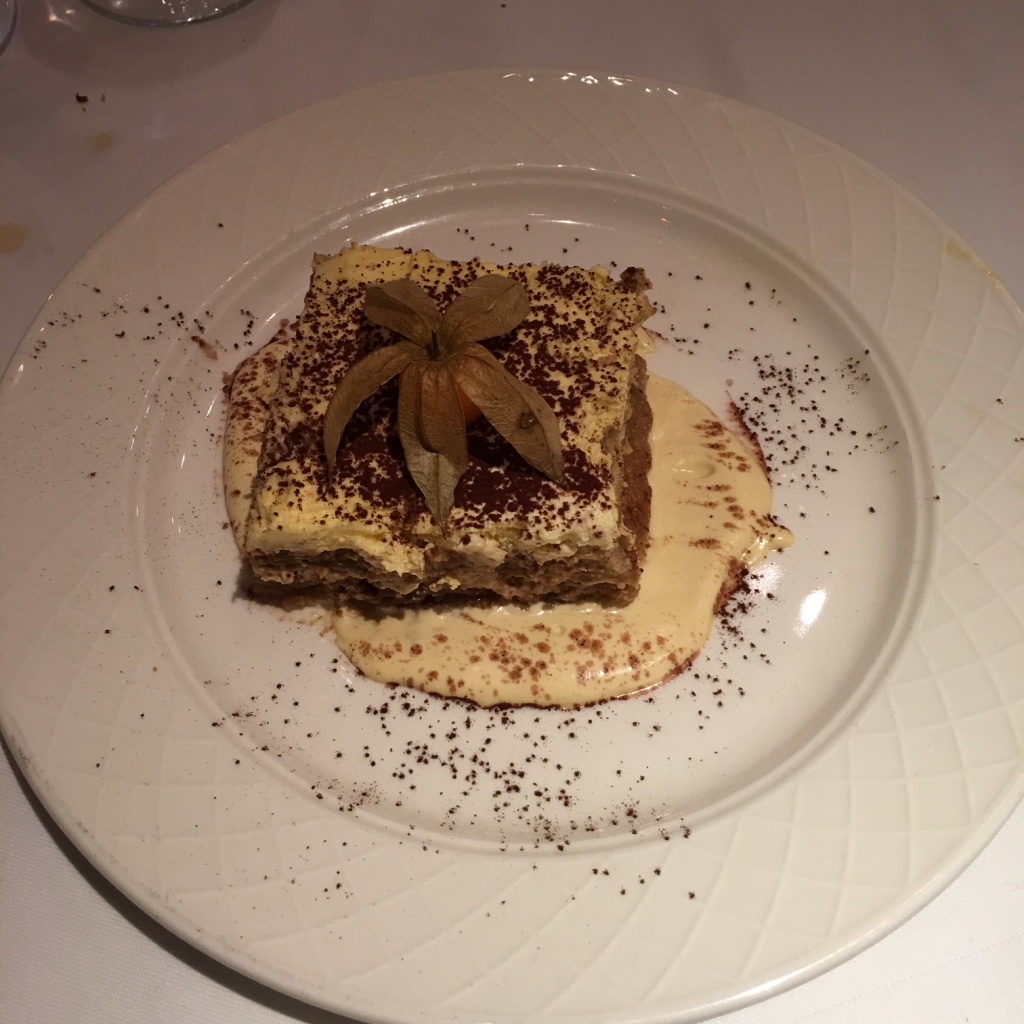 Technically this one is cheating because you’ll find it in Marlow not London, but you can get on a train at Marylebone and be there in an hour. There is almost as much soufflé out the top of the ramekin as there is inside it. It was as fluffy as a child’s toy and acted as the perfect base for the sweet but sharp blackberry sauce that accompanied it. One would be truly content with just these two things on the plate, but big Tom isn’t a man who wants his diners to be just content, he wants them to be ecstatic. He elevates this dessert by serving a scoop of vanilla cheesecake ice cream. Imagine everything you read about the cheesecake at The Ned and convert that into an ice cream. It was bordering on wizardry.

I have saved the best till last. This is for me, the best dessert in London right now. Jalebi and malai are two Indian favourites but you wouldn’t dare eat them together for fear of your arteries clogging shut there and then. The pastry chef at BB has somehow managed to combine the two into a light and airy cheesecake. This is Indian street food minus the excessive oil and the worry of a dodgy tummy the next day. The little dash of chocolate across the plate for me isn’t needed but don’t let that deter you from this slice of saffron caviar topped goodness.

I appreciate that the London restaurant scene is constantly evolving and that this list is by no means complete but these are the best puds I have eaten in London in recent times. The chocolate samosa from Gymkhana, the lemon tart from The Lighterman and the Jerusalem mess from The Palomar would have all made this list if they were still on the menu. Shoot me an email or a message on Instagram to let me know where you finished your meal with a flurry. 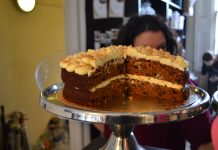 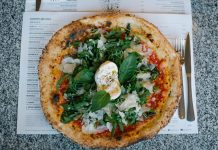 The Best Pizza in London 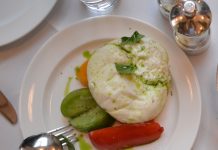 The Best Burrata in London