The suburbs of Los Angeles are a funny place and almost like a second home to me. Having immediate family there means a visit almost every year. On every other corner, you’re likely to find either a drive-through Starbucks (walking to get that large frappuccino with whipped cream is too strenuous) or then some form of fast food joint that serves colossal portions of deep fried things. I’m not saying these are always a bad thing, indeed the animal style fries at In-n-Out are a thing of pure beauty but you get sick of it after a while. Step in Bestia, literally translated as beast in Italian. This restaurant, hidden away in-between the warehouses of the Arts District is a revelation, for me at least. I know people like Nancy Silverton have been doing their thing for a while now, but eating here was a game changer. Run by husband and wife team Ori Menashe and Genevieve Gergis, this notoriously difficult to book restaurant churns out some of the best Italian food I have ever eaten.

Straight off a 5-hour flight from Boston, I made my way over to Bestia with high hopes and even higher expectations given that the table was booked almost 3 months in advance. Even with so much notice, we were shown to a table outside meaning that the famed interiors were missed. Not to worry though, I was there for the food, not really to gander at light fixtures. Not really being a fan of cauliflower, I skipped past the starters, or should I say antipasti. I would have some the option of some fresh cheeses to start off the meal, perhaps a ball of fresh mozzarella, but that’s just my opinion.

Onto the food that was actually eaten and lets start with the pizza. Labeled as: Burrata- san marzano tomatoes, castelvetrano olives, oregano, fermented chillies. This was by a long margin the best pizza I have eaten in La and up there with the very best of anywhere in the world. The base was the light thickness, cooked till the edged were charred and you got to taste that woody flavour on the crust and just the right level of chewy. We all know that san-marzano tomatoes are some of the best you can buy and they are done justice here. The cheese is soft and creamy, yet doesn’t drip with liquid which can happen so often with a burrata pizza. Like this it would have been amazing but they took it one step further with the olives and the chilli. Both working in harmony to bring this all together. This is what real pizza should be. No messing around with exotic and sometimes frankly absurd toppings.

Pizza demolished and onto the pasta. Casarecce al Pomodoro. I will be honest, a pasta made from tomato sauce and some cheese didn’t sound like it could be something special. To me it was basically your typical marinara pasta. Silly me, I should have learnt from the pizza that these guys know how to elevate simple ingredients into something special. How somebody can extract that much flavour out of a tomato baffles me. Paired this with rich creamy ricotta which melted slowly as you continued to eat. The basil oil was the icing on the cake and a pleasant change from a few leaves thrown on top to try and make the dish look pretty. This was here for a reason. The dish was so good that I had to ask for bread to mop everything up at the end. This is beyond doubt the best tomato sauce pasta dish that I have eaten. 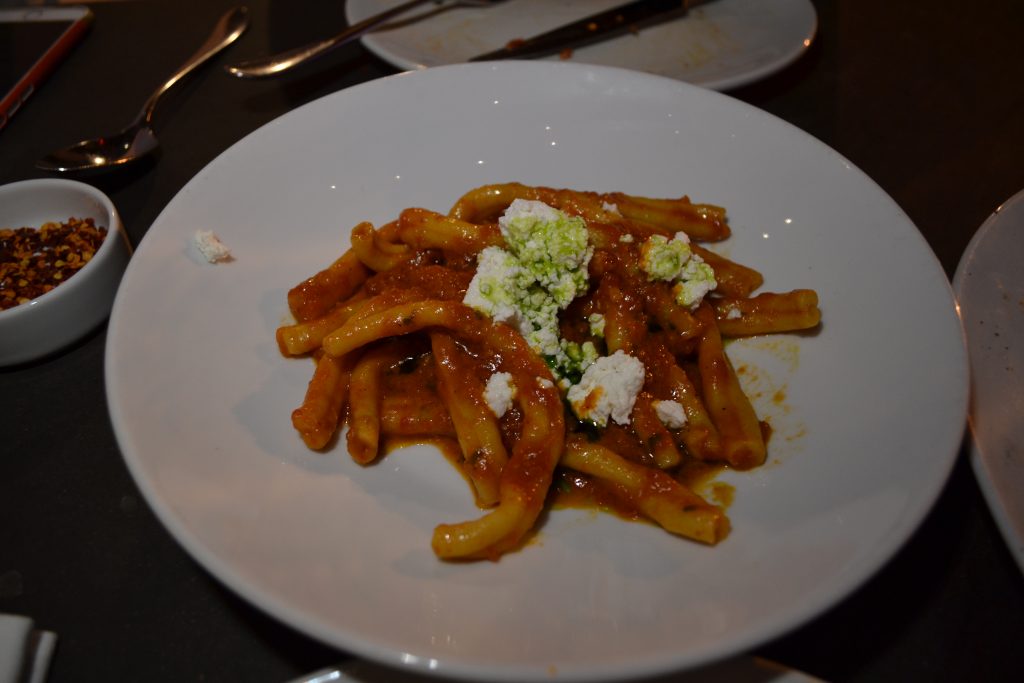 I think this is the one occasion where I will say that I would have happily skipped past the dessert menu and ordered another bowl of pasta. I was so close but the words ‘black pepper ice cream’ caught my attention and I just could not resist. I have eaten some rather inventive ice creams in my life, gorgonzola springs to mind, but I could not comprehend how they could get black pepper to work. Yes, the chefs are very talented but some things just cannot happen and I conceded to the fact that eating this ice cream would make me sneeze. This was paired with a pear tart and some fresh cream. To this day, I still don’t understand how that ice cream worked but it did. It was unbelievably creamy and sweet but somehow managed to capture the essence of freshly ground black pepper. The pear tart which was actually the main component of this dish was sweet with a crisp buttery crust and the pear was soft but with a little crunch. It saddens me to say that as I write this, the dessert is not on the menu, but one can hope that it makes another appearance soon. 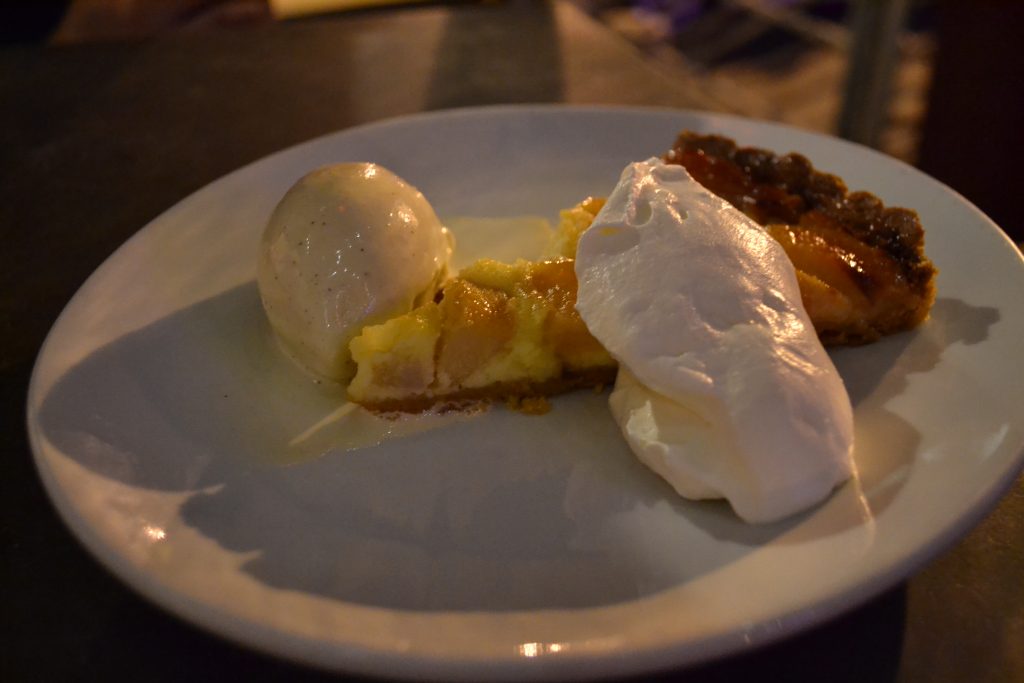 I really did struggle to find flaw with anything I ate here. The having to book ridiculously far in advance now makes sense. On this point, you can try your luck walking in early in the evening and you might just get a table. Time and time again you hear chefs go on about how less is more, how you only need a few ingredients to make something memorable. Bestia is proof of that.

If you have any other suggestions for where to eat in LA please contact me with them, I would love to try something new on my next visit. 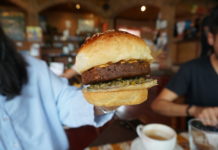 A Weekend of Eating in Kigali