Take an old pub, the Endurance Pub to be exact, put it in the hands of Alan Yau and what you get is another one of his typical creations. Progressive and innovative Chinese dining. The entrance is a little odd, as soon as you walk in you aren’t greeted by an enthusiastic member of staff asking if you have a reservation or not, but instead you’re stood in front of a huge copper beer tank. The downstairs part of the restaurant aims to be a pub with the addition of Chinese snacks but we skipped straight past this and headed up the staircase. As we are shown our table I try and figure out what this place is trying to be in terms of décor but can’t quite define it. 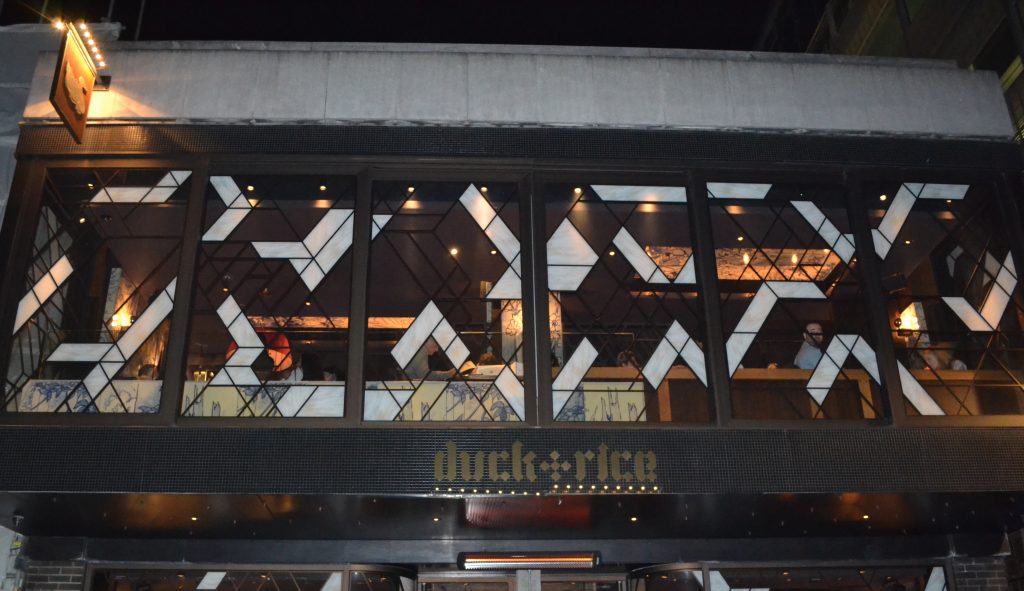 I would have taken pictures of the interior but I’ll be honest, I was just incredibly hungry and just wanted to sit down and eat. It was 9:30pm, the only time we managed to get for a table for 5 despite calling over a week in advance, clearly people liked this place. I pretty much stuck to my theory of ‘order everything with a v next to it’ when deciding what to eat. It’s one of those that is a basically order everything at the same time and things will come out here and there and you just eat as you go along. Sticking to this pattern, the items listed below are in no particular order but don’t worry, I will point out the winners.

The lettuce leaf wraps are as you’d expect, little leaves of lettuce and in this instance, filled with yam bean, mock chicken, taro and black bean. A definite change from the standard shredded veggies then. They were good, the flavours working well together but I would have liked the mock chicken to be the star ingredient, to really jump out at me but it didn’t. This being said, we happily went through 2 portions between the 5 of us without any complaint. 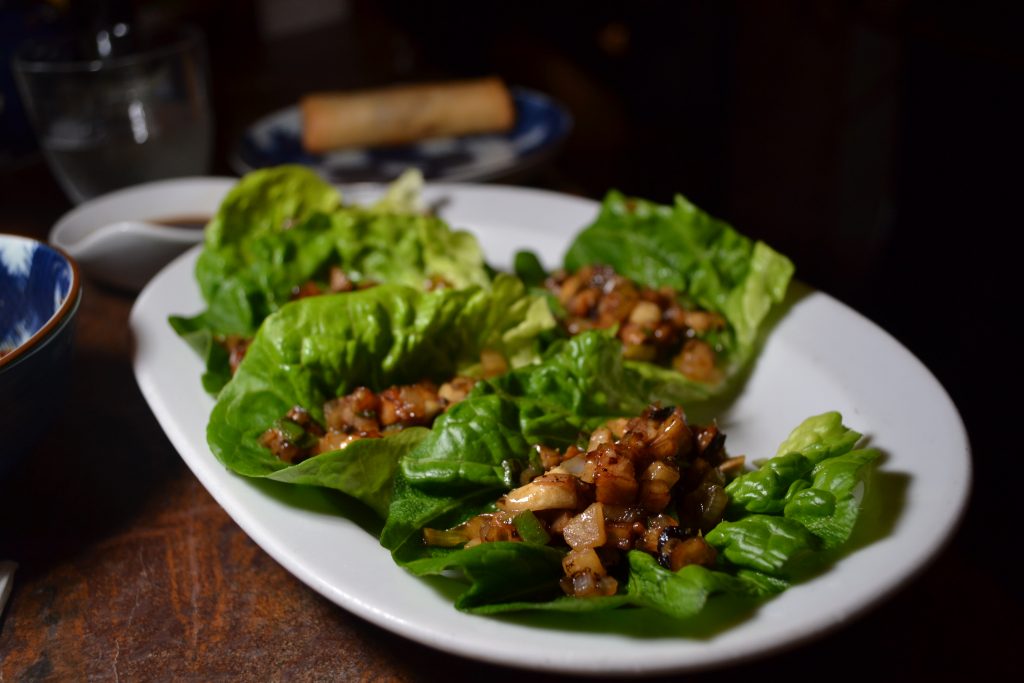 Onto the Dim Sum. Now we all know that Mr Yau has nailed the art of making dim sum, see my Yauatcha review if you want to read about this in further detail. I must say the vegetarian options here are limited to two and I was disappointed when I saw this to be honest. To add to my pain, they were both pretty standard options: Sichuan vegetable dumpling and vegetable spring roll, where are the exotic ingredients and flavours? Thankfully they were both very good in taste. The veg dumpling was just the right amount of spicy, enough to give you a kick without blowing your head off. The spring roll was crunchy yet fresh and not dripping in oil, for me, that alone is a victory. 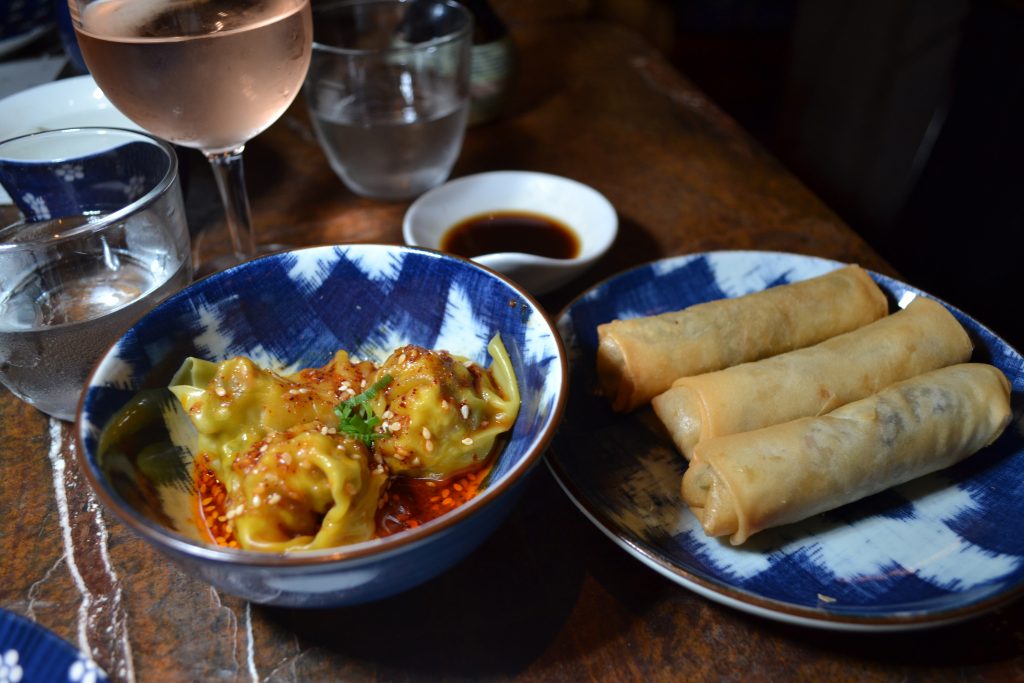 Look down the middle column of the menu and you see two titles in bold: Heroes and Monthly Specials. What you don’t see are any little v’s, surely a vegetarian dish can also be a hero? However, move your eyes a little to the right and you see four beautiful words ‘black pepper mock chicken’. This looks suspiciously like the mock chicken offering on the Hakkasan menu but who am I to complain, it tastes exceptional there and I was expecting the same here. My expectations were met. Large pieces of mock chicken coated in a semi dry black pepper sauce served with little pieces of okra. Without doubt this was the best dish of the night. 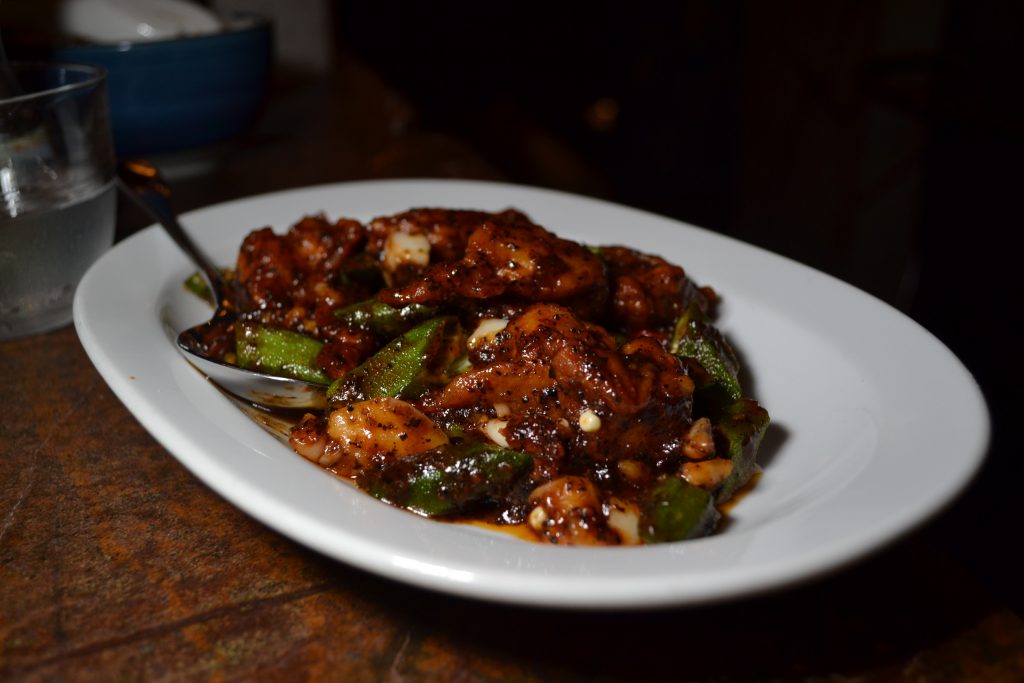 The hakka paneer and the aubergine hot pot were also served along with the mains. Again, dishes available at Park Chinois and Hakkasan, you can start to see the trend here right? Both good plates that were wiped clean but you knew what to expect and it delivered just that, nothing over and above. 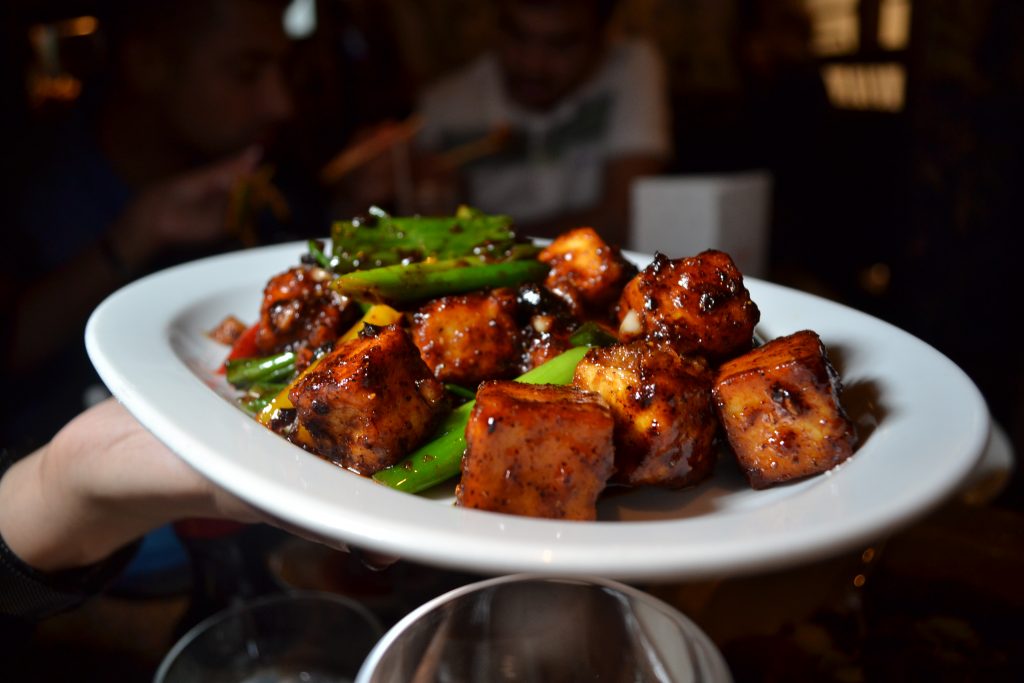 Dessert was a portion of the charcoal coconut ice cream because who would say no to eating black ice cream? Everything you’d expect from an ice cream that is freshly made and not out of bought purchased from the supermarket down the road. Soft and creamy with an intense hit of coconut. 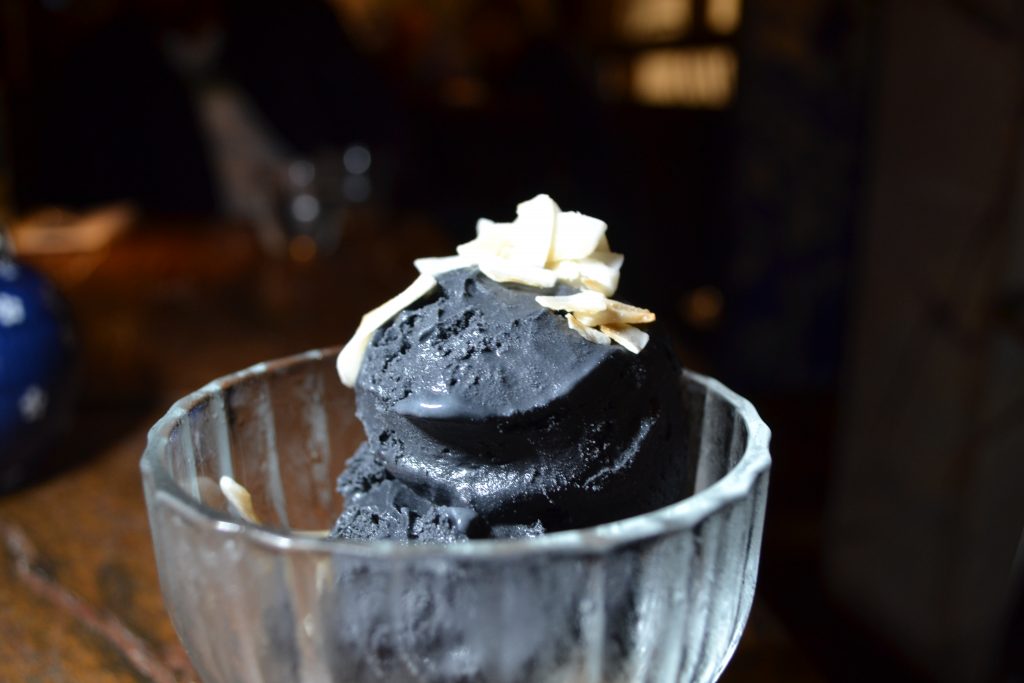 At this price point, this has to be the some of the best Chinese food in the city. Admittedly none of the dishes are exceptional but all are very tasty. For me, the greatest downside is that the vegetarian options on the menu seem to be a Yauatcha, Hakkasan and Park Chinois greatest hits rather than new dishes. Some more dim sum options and some original main meal options and this place would be close to faultless. 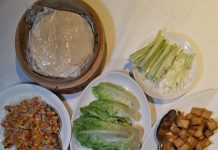 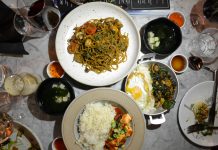 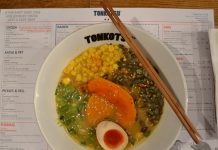