The variance in quality of Italian restaurants across London is really incredible. You have budget eats like Padella that churn out consistently good food, you have terrible chains like Zizzi who churn out consistently bad food, you have pizzerias like Santa Maria who churn out legit pizzas and you have the fine dining establishments like Scalini who charge north of £20 for a bowl a pasta. In the midst of all of this sits a group known by the name of San Carlo, a group that is bordering on falling into the dreaded category of ‘chain’ given the sheer number of restaurants it controls. A quick look at the clientele on a Saturday evening at Signor Sassi will tell you this is no chain, it wouldn’t be out of place to see footballers, Hollywood movie stars and royals tucking into the famous lobster spaghetti. Given that I love Signor Sassi, San Carlo, Fumo and Ciccheti, all members of the San Carlo Group, it made sense that I paid a visit to Alto, their latest venture which sits on the rooftop of Selfridges in London. 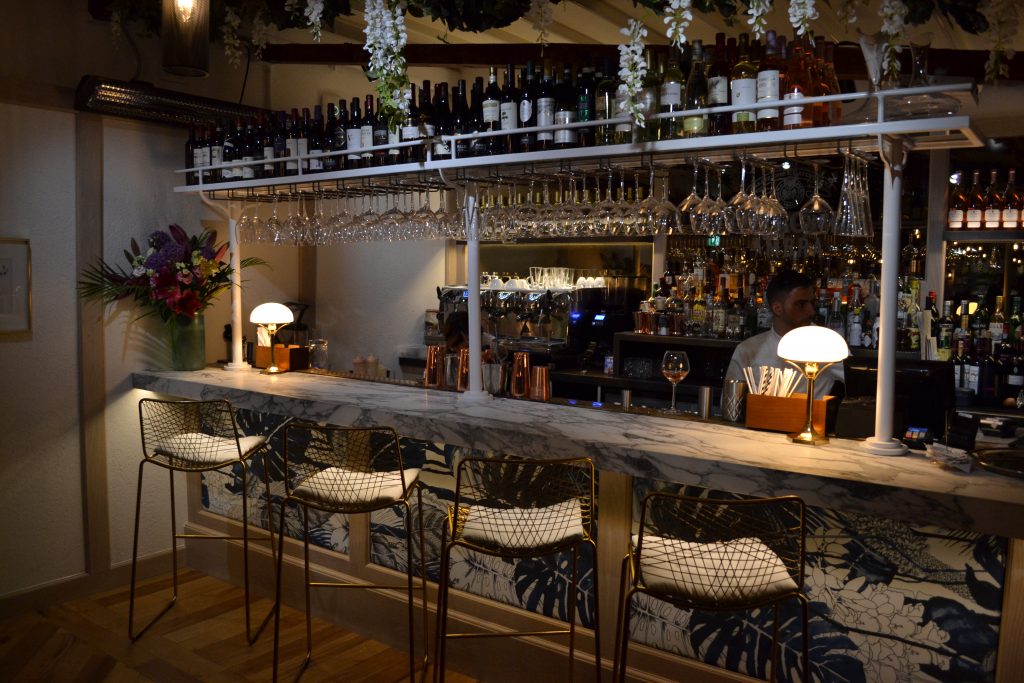 Alto takes over from Des Mcdonald and whilst he has a glittering CV, his restaurants on the rooftop for the past few years have been poor. There is no other word for it. The space is the same in terms of layout, a small indoor bar with no seating space, plenty of tables to eat, an open kitchen and an outdoor bar with deck chairs and little huts to sit down with your cocktail of choice. The famous flower laden walkway to the bar is an Instagrammers heaven, I saw no less than 4 people posing for a mini photo shoot.

The menu is an absolute delight, it is full of tapas style small plates that are made for sharing but I most definitely had no intentions of sharing. Things kicked off with the bruschetta with Sicilian Pachino tomatoes, garlic and basil, the burrata with aubergine and pistachios and the panzerotto pugliese which is fried pizza dough filled with tomato sauce and buffalo mozzarella. The bread on the bruschetta was the perfect texture, too often its soggy or then hard enough for me to book an emergency appointment with the dentist. Here it had a little crunch to it around the edges but was soft in the middle which was the perfect backdrop for those sweet tomatoes. 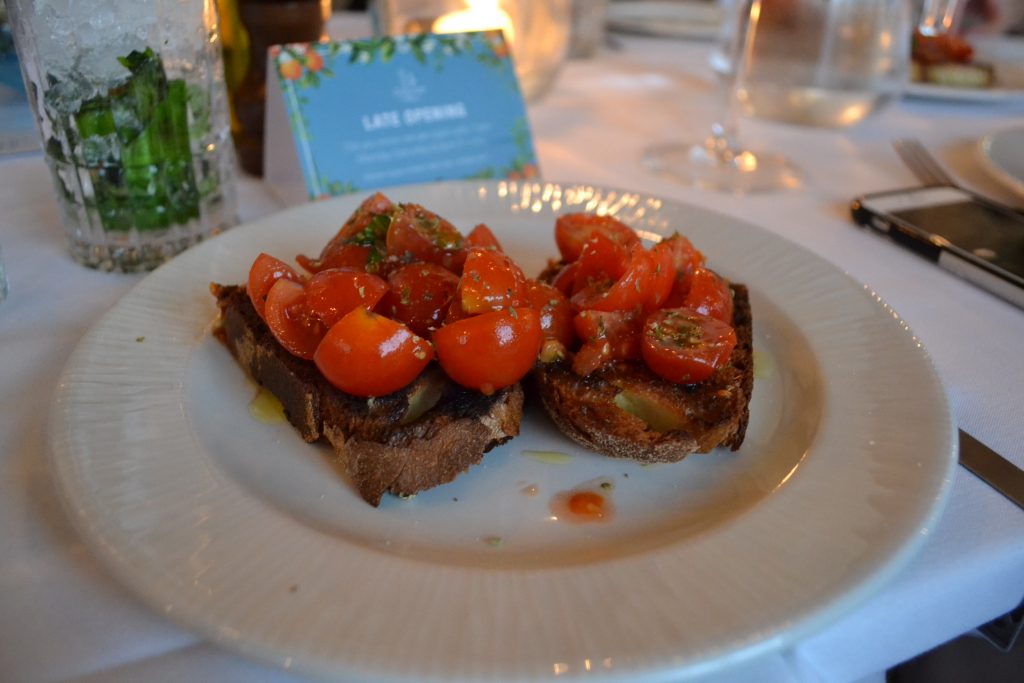 Grilled aubergine with burrata made a pleasant change and the pistachios were a real little surprise that elevated the whole dish with some bite and the subtlest nutty sweetness. As for the pizza dough, it’s fried pizza dough. It was never going to be a refined dish but oh my was it good. Loaded to the brim with oozing mozzarella meant I struggled to keep it from dripping onto my shirt but you know what, I don’t care if people were judging me as I tucked in because it was worth it. 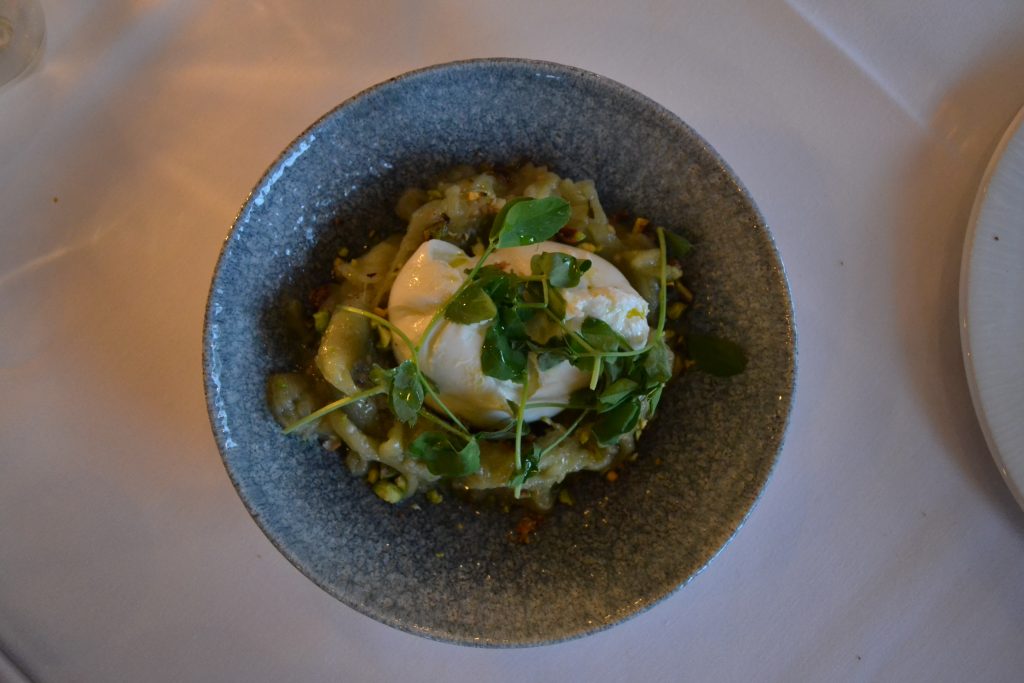 It would only be rude to not order all three vegetarian pastas and so I did. I’m not too sure who it would offend but it helped me to justify ordering three plates of pasta. The first was the truffle and pecorino ravioli, perfectly cooked parcels filled with cheese and that oh so magical fungus (not really that magical seeing as everywhere serves it now). 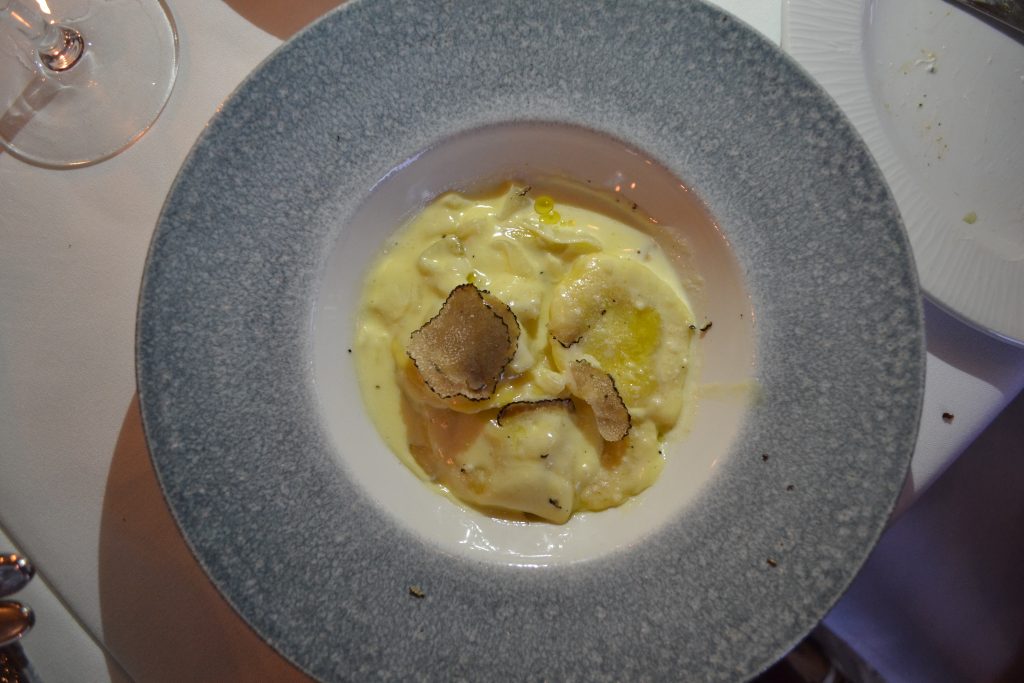 Next up was the burrata ravioli. Again, perfectly al dente pasta filled with soft creamy burrata all sat in a bowl of sweet tomato sauce. Yes, it was basically having the starters all over again but I have only had burrata ravioli one before and it was absolutely horrendous and so I wanted to try it done properly and it did not disappoint. In my version of heaven, the clouds would be replaced with these little parcels of sheer happiness. 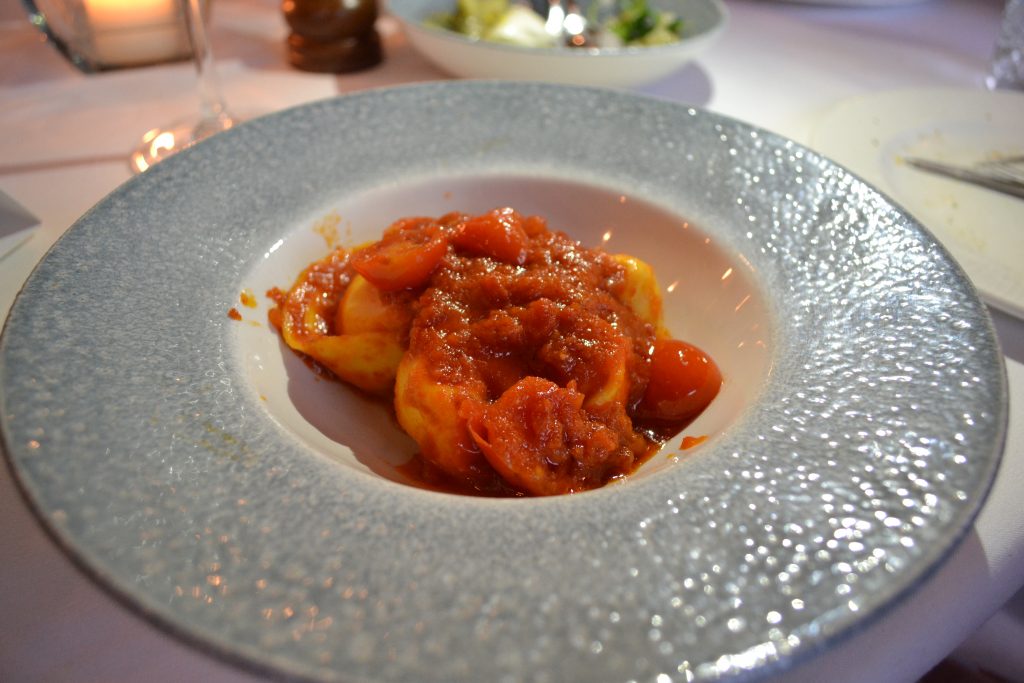 The final dish was the tagliatelle with broad beans, asparagus and black truffle which was without doubt the star of the show. If it weren’t for the others on the table sitting patiently for me to finish, I would have 100% ordered another portion it was that good. The vegetables were allowed to shine in their own right and every so often you would get a piece of fresh black truffle. I keep saying it in my reviews and I will say it again, it is always the simplest dishes that are the best and this is the perfect example of that. 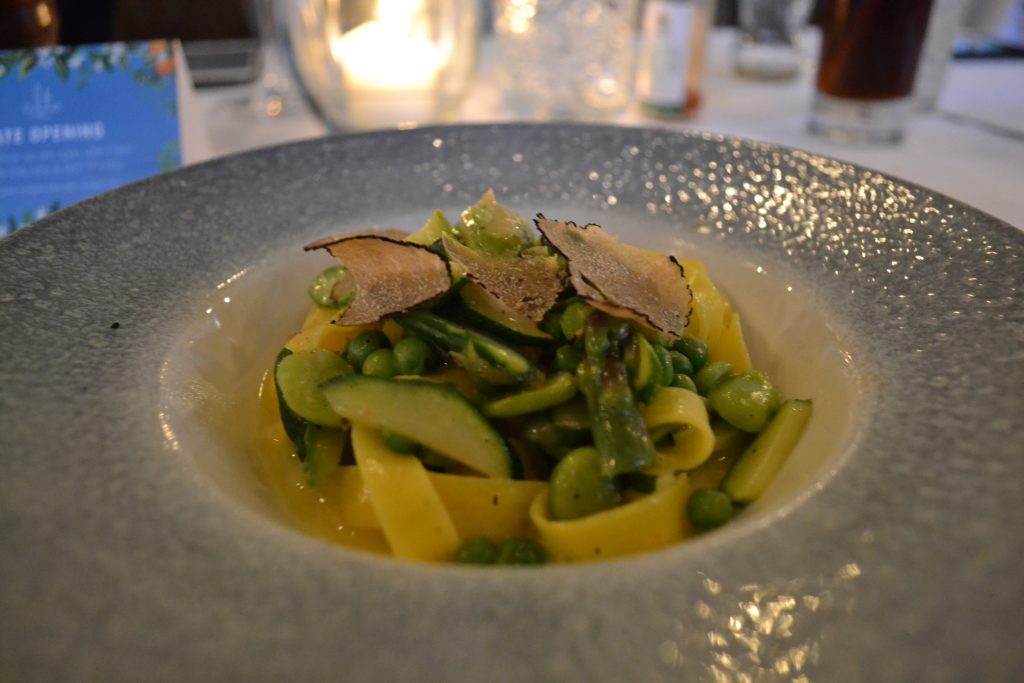 I love the fact that truffle fries and the zucchine fritti sit on the vegetali section of the menu, it makes me feel good about myself. As expected from the San Carlo group, both were spot on. The zucchini soft on the inside and crunchy on the outside. The fries were skinny and had the same textural properties as the fritti. Thankfully they were adorned with shavings of truffle rather than just a splash of oil as you so often find.

The dessert menu is a copy of the one you find at Fumo, but that is no bad thing because it means they have their outrageous ice cream sundae on offer. It consists of vanilla ice cream, chocolate ice cream, hazelnut ice cream (two of each), Nutella, wafers and whipped cream. The lady on the table behind demolished the whole thing by herself whilst her date looked on in pure astonishment. Whoever you are, I salute you. 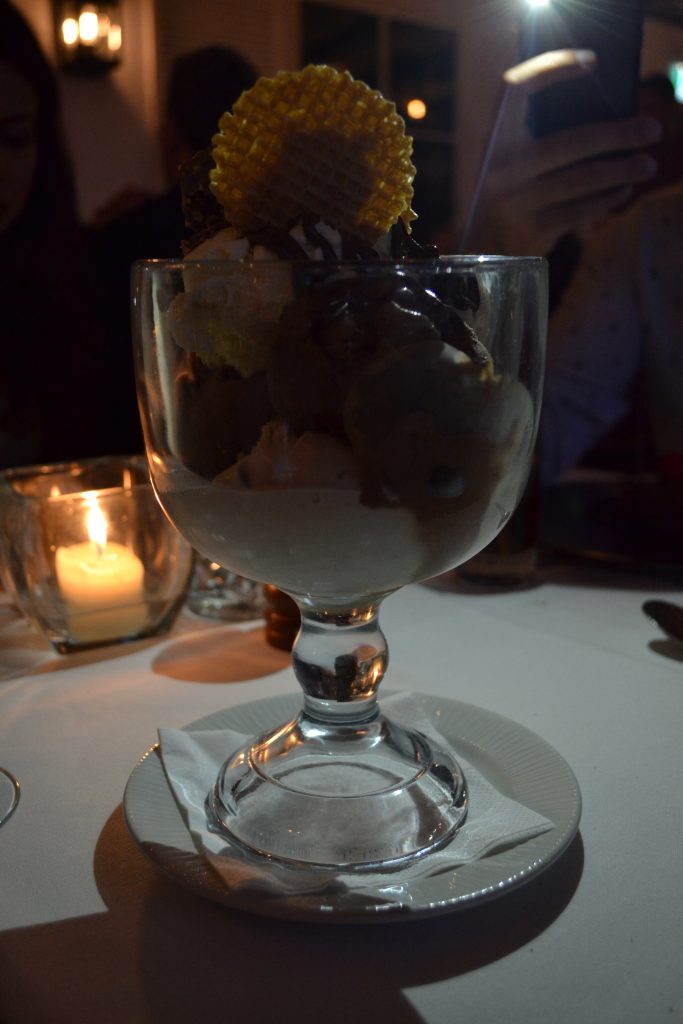 When I stepped in, I was trying to find fault, trying to find something that would go wrong, but San Carlo has nailed it again. The service was flawless, not in your face every thirty seconds but attentive enough. The food is rich in cheese and cream and most definitely will not please everyone (especially if you’re vegan) but I loved it and am hoping Alto hangs about on the rooftop of Selfridges for a long time to come. 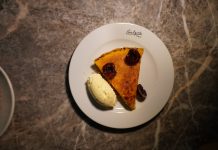 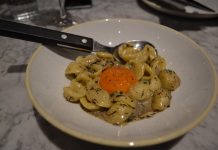 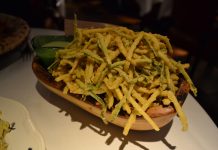